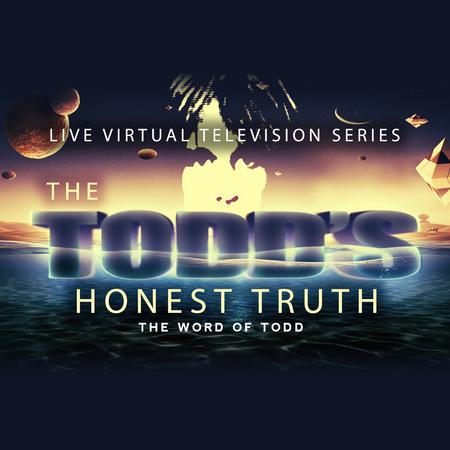 A new episode will then go live every other FRIDAY beginning JULY 3rd in the same time slot. RUNDGREN will host the show live from his KAUAI property and will reportedly be throwing to pre-recorded packages shot in front of a green screen (a recurring segment dubbed “The Word of Todd”, in which he will be waxing eloquent on any number of topics). He will also be answering audience questions in real time and there will be a live chat window open for viewers to interact.

RUNDGREN said, “Forty years ago I reserved a transponder on a satellite, hoping to broadcast to homes across the world. Apparently, that satellite got lost or blew up or something so a dream was put on hold...until now! And I don’t even have to leave my house!!”

The virtual box office to purchase tickets for “THE TODD'S HONEST TRUTH” episodes is open: onlocationlive.com/category/honesttruth.
The series is being produced in partnership with FUTURE BEAT and RUNDGREN’s longtime manager, PANACEA ENTERTAINMENT chairman ERIC GARDNER, is executive producing.

In other news, RUNDGREN and some well known guest artists are re-recording his 1973 anthem “Just One Victory” and giving it away for free to the DEMOCRATIC NATIONAL COMMITTEE for use by candidates throughout the US running for public office this fall. Participants include JOE WALSH and PAUL SHAFFER, along with DON WAS, who is co-producing with TODD. here.